Guide to Natural Wonders in Iceland

Want to know about the natural wonders that Iceland has to offer? Find out about the incredible nature there is to see in Iceland in our latest blog.

Whether stretching towards the sky or bubbling beneath the surface, Iceland is packed full of unbelievable natural wonders. Adventure is waiting to be found in a wide variety of different forms, each unique and amazing to see. The volcanic activity in the area mixes with glaciers to form unusual and surprising landscapes and formations.  It’s rare to see all of what Iceland has to offer in one place so make sure to plan an itinerary so that you can make the absolute most of your visit.

The scenery of Iceland is truly unique, famous for the natural phenomenon littering the landscapes. But what exactly can you find on an Icelandic road trip? In our complete guide to Iceland’s natural wonders, you’ll find everything that this fascinating nation has to offer, and even where to find it! Let’s take a look at the most beautiful places to visit to enjoy Iceland’s scenery. 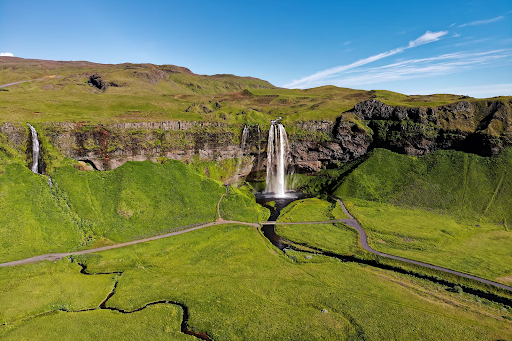 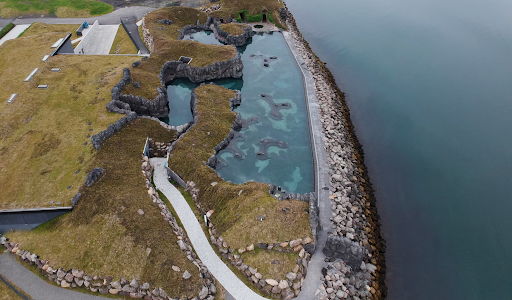 Magma beneath the earth's crust heats water on the earth’s surface, creating idyllic pockets of warm, paradisiacal pools, excellent for relaxing after a day of hiking or exploring Iceland. Most hot springs are at least 38 ℃ but can become much hotter if volcanic activity increases. This occurs in Iceland due to its location on top of a rift between two tectonic plates.

Water in hot springs is full of vitamins and minerals, with Iceland’s water being known worldwide for its quality - you can drink it right from rivers, it’s that tasty! As a result, many hot springs are now relaxing spas, perfect for a soak after exploring the other natural wonders in Iceland. Some of the most famous hot springs in Iceland are: 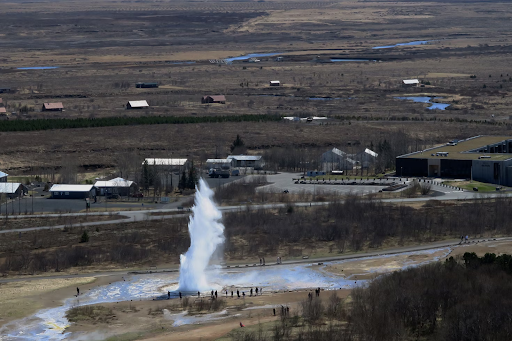 Geysers are another unmissable natural wonder, a result of volcanic activity in Iceland. It’s incredibly rare to find active geysers, as it takes a complex mixture of conditions for one to form. Magma needs to be close enough to the earth’s surface to boil a body of water, which needs to be flowing constantly underground. Geysers also require a natural network of tunnels, coated with silica, that allows water to erupt from the earth’s surface into the air, often drenching anyone standing nearby!

Some unmissable geysers to be found in Iceland are: 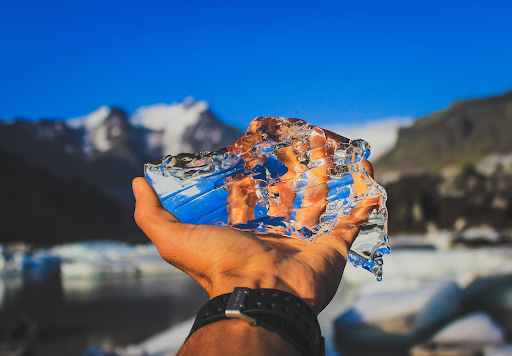 One of the natural wonders in Iceland that have a huge part to play in other, smaller phenomenon across the island. These massive blocks of ice are formed when snow remains on a piece of land long enough to freeze into ice, compacting and compacting to create immensely dense freezing cold giants. Climate change is causing the fast decline of these natural wonders, so make sure you see Iceland’s glaciers before it might be too late.

Because of the characteristics of water, glaciers can actually change shape, crack, flow, and even move! Many of Iceland’s glaciers have formed over volcanoes, creating rivers when these volcanoes erupt. All in all, glaciers are some of Iceland’s most powerful natural phenomena and can be found on land or on the water all around Iceland. You can explore caves beneath glaciers, hike across them (with the right equipment), and even descend into icy pits and try your hand at ice climbing out of them!

The following are just some of the most popular glaciers to see in Iceland: 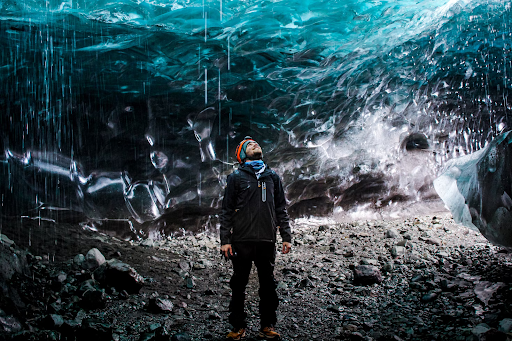 The cracking and changing of glaciers can often create large cracks, gaps, and holes within the ice. These are mind-blowing naturally-occurring places to stand and climb in for avid explorers, making excellent photography opportunities. Ice caves are unique year on year as glaciers move and change in different ways, meaning the caves you explore could be changed entirely a year from now.

Different caves have seasons in which it’s best to visit and enter them, so you should do your research before visiting any ice caves in Iceland to ensure they’re safe. Normally, November through to April are the best times to explore ice caves as temperatures are low enough to keep glaciers firm and solid. We recommend the following ice caves in Iceland: 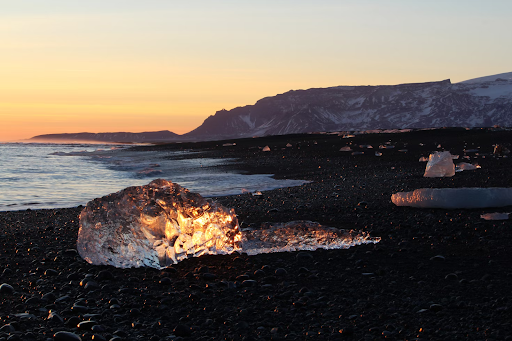 Iceland’s beaches are not your typical holiday destination beaches. The black sands create some stunning scenery which attracts tourists and locals alike all year round.

An ominous twist on a normally golden scene, black beaches are also caused by millions of years of volcanic activity. Volcanic materials, including basalt rock with iron content high enough to absorb light, have been eroded over time by strong seas. The black volcanic rock that has been pounded by waves has washed up on Iceland’s shores to create these striking beaches. You can see some of Iceland’s most popular black sand beaches below. 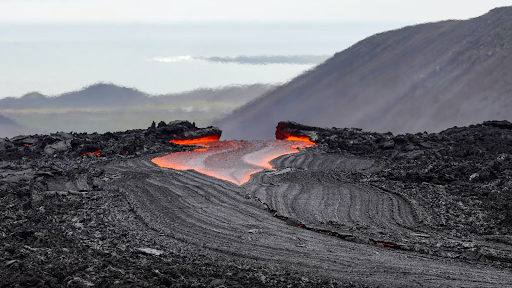 Located across a gap in tectonic plates, it’s no wonder that Iceland is home to so many volcanic mountains. Volcanic eruptions have devastated Icelandic settlements since the arrival of humans on the island. It’s estimated that around 130 volcanic mountains exist in Iceland, the vast majority of which have never erupted since humans have lived in Iceland.

There are active volcanoes in Iceland that could, theoretically, erupt at any time. Warning systems are in place to warn locals and tourists in the area in the case of an eruption, in which cases local evacuations are necessary.

Some of the most interesting volcanic experiences in Iceland are: 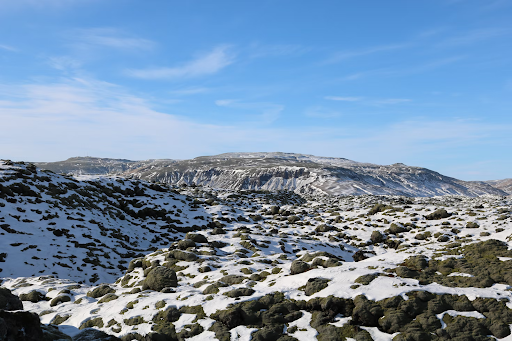 Lava fields are one natural wonder in Iceland that can be easily missed. When volcanoes have erupted throughout Iceland’s history, rivers of lava have flowed over the country’s surface, leaving destruction in their wake. Volcanoes and lava act unpredictably, creating unique and incredible landscapes called lava fields behind them. These are excellent places for hiking or simply enjoying the stunning views. Iceland’s array of lava fields includes: 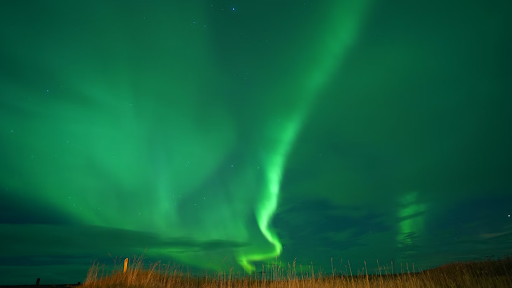 Countless tourists scour Iceland’s night skies in search of this incredible natural wonder every year. Hunting the Northern Lights can be a challenge, but with our top tips and an expert guide with you, you can increase your chances of experiencing something really special. Observing these colourful rays dancing across a clear, dark sky truly is breathtaking. 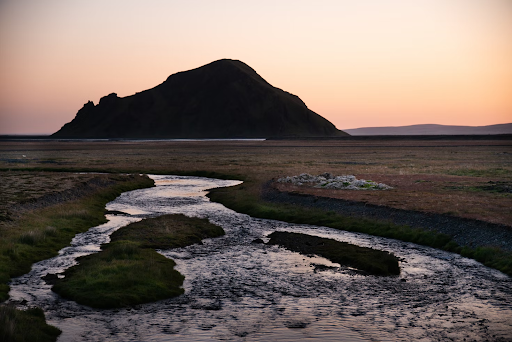 If visiting during the summer months, you will be witness to one of the most extraordinary natural wonders of Iceland, the midnight sun. Due to Iceland’s placement on the globe, the sun has a unique placement in the sky. Around the summer solstice in June, Iceland experiences a phenomenon called the Midnight Sun in which the sky is never dark. This results in 24 hours of sunlight. There are several celebrations on the summer solstice but the Midnight Sun can be enjoyed well into August when just a few hours of darkness set in at night.

The geology in Iceland plays a huge role in the natural wonders you can see there, particularly the distinct appearance of rock formations, or basalt columns. The cooling of basalt lava and the erosion that follows leads to the most jaw-dropping, natural geometric formations, which attract visitors in the thousands. Some of the most famous rock formations in Iceland include: 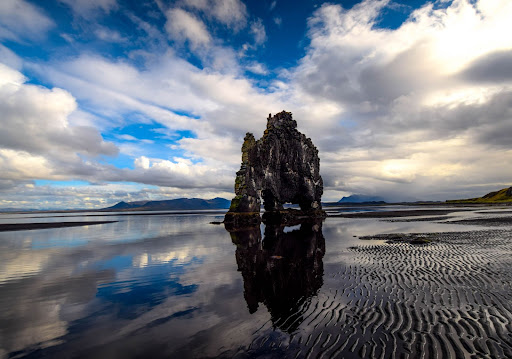 What are Iceland’s Natural Resources?

With a country so small in terms of population size, many people wonder what the main resources of the country are. The natural resources in Iceland are a huge part of the economy, both in attracting tourism and international exports. Fishing, water, and sustainable energy sources are the 3 major natural resources. Fisheries account for a large portion of the Icelandic economy, with around 40% of the export value in Iceland from fish exports.

Around 85% of Iceland’s main energy supply comes from renewable sources, this includes geothermal energy, hydropower and wind energy. Iceland produces approximately 55,000 kWh per capita. This is over 9 times the EU average. 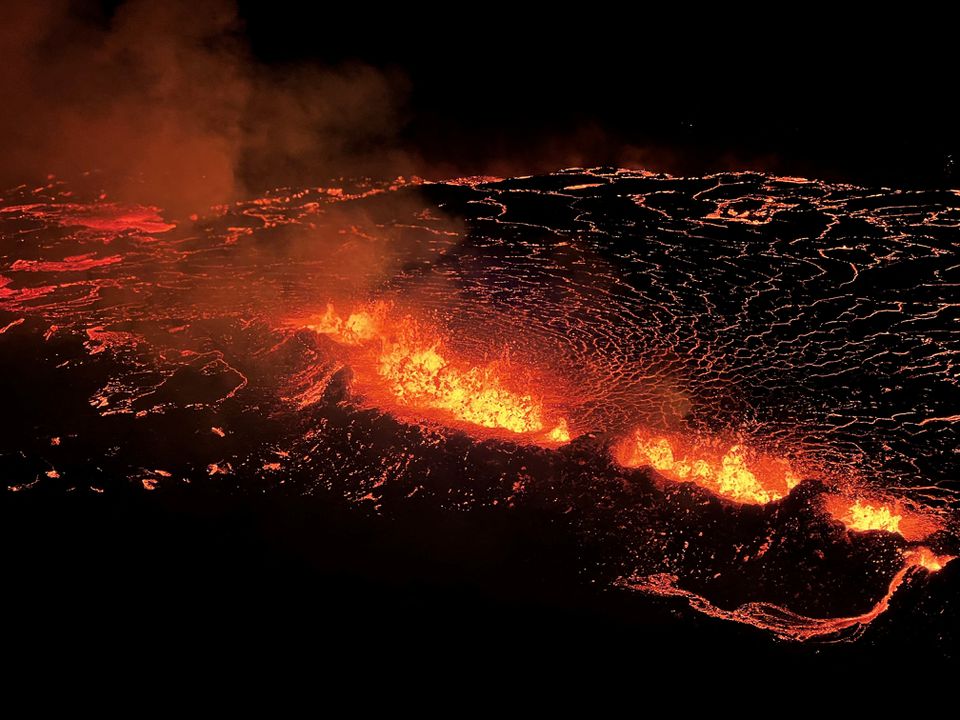 Located on the edge of two tectonic plates, Iceland is no stranger to volcanic activity. While some activity creates stunning landscapes and geographical features, deadly eruptions have taken place throughout the country’s history. Earthquakes, lava flow, and ash clouds are all symptoms of eruptions and are not to be underestimated. Clouds of ash and gas are notorious for killing people and animals in the past, so are not to be overlooked.

There are several active volcanoes around the island that could erupt at any time - in fact, a volcano in the Reykjanes peninsula near Keflavik airport has erupted twice in the past two years. Meteorologic authorities in the country can predict most eruptions and evacuate areas if need be, so there’s no reason for tourists to worry about natural disasters in Iceland.

Now you have an idea of the scale of Iceland’s nature, you can begin to plan your perfect trip. Why not browse our range of rental cars to find the perfect one for your journey? Book with SAD Cars today for the most affordable hire car in Iceland.