The Best Lava Fields in Iceland

Iceland is renowned for the mass amount of volcanic activity across the country, hence the nickname “the land of ice and fire”.

Iceland is renowned for the mass amount of volcanic activity across the country’s past and present landscape, hence the nickname “the land of ice and fire”. With countless active and dormant volcanoes situated across the land it is no wonder Iceland is a hotbed for volcanic activity, and home to an array of fascinating rock formations, lava fields and geothermal pools.

Lava fields are not just fascinating because - well, they're lava fields, come on - but what makes them even more special is the fact that every one is truly unique. In fact, there are no two rocky landscapes that are the same. Each destination is distinctive, varying in shape, size and even colour depending on how they were formed.

What is a lava field?

A lava field is as simple as it sounds. It will appear to be a generally flat area of land found near volcanoes that have erupted in the past. A lava field can range in size from a few hundred feet wide to thousands of kilometres. In Iceland, there are plenty of these fascinating, barren plains, ranging throughout the history of the island. Fragile ecosystems of moss often develop on older locations, making them incredible but protected areas.

How is a lava field formed?

As the name suggests, these geographical features are created by lava flow following an eruption. For lava to flow large distances and create such wide, flat surfaces, the lava must be particularly fluid, meaning it is likely basalt lava that has formed lava fields. Lava flowing and cooling causes the fascinating rock formations often seen across Iceland’s landscapes, particularly underground vents and funnels.

There are so many incredible Icelandic lava fields in Iceland to choose from, we have created a guide to some of our favourites.

Eldraun lava field is truly one of the most unique lava fields you’ll find in Iceland. Covering over 565 square kilometres, it is one of the largest in the country. Mostly covered in moss and other rocky terrains, it’s hard to imagine that once upon a time this was home to a roaring river of lava.

Across the area of the Eldraun lava field in Iceland, you will also be able to find different lava tubes and caves that were once formed by the enormous eruption of Skaftareldar. This was one of the biggest record eruptions in recent history, lasting for a number of months between 1783 and 1784. 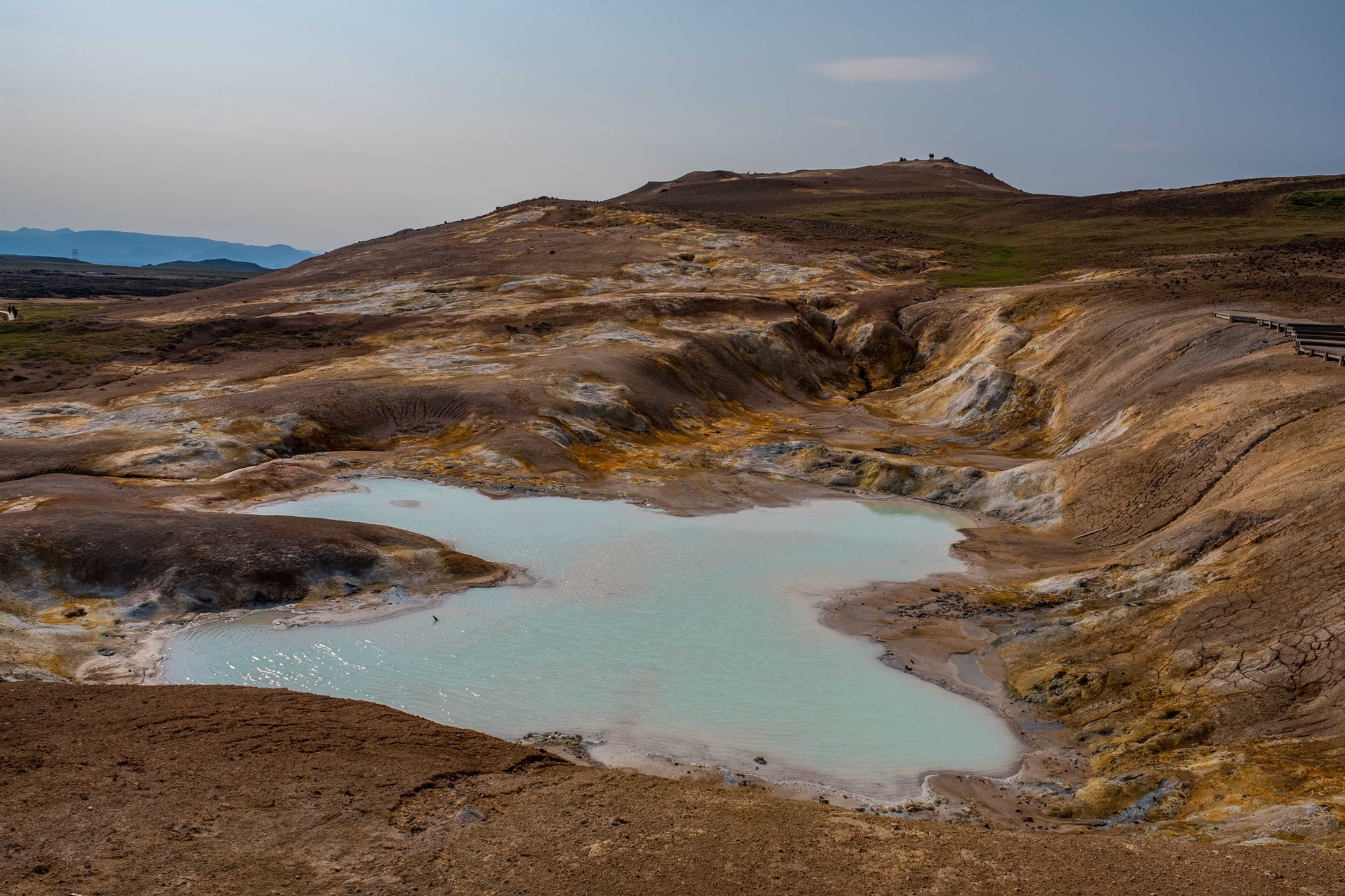 Krafla has been one of the most active volcanic areas of all lava fields in Iceland, with up to 29 eruptions over the last few centuries, each leaving a long and lasting impact on the land.

Volcanic eruptions are not just dangerous natural disasters, they also bring about curious natural advantages to their surroundings. Not only have we been left with incredible phenomena like lava fields, but due to the constant geothermal energy here, Iceland were able to build its first geothermal plant on the site in 1977. This is now a massive source of green energy and helps to power countless homes across Iceland.

Due to the regular volcanic activity here you are still able to see the steaming and bubbling as lava flows beneath the upper crust. The top of the surface has cooled as it leaves the ground, however, vents continue to provide fresh supplies from under the Earth’s crust.. This is quite different to some of the calmer and greener lava fields you’ll discover in Iceland.

Berserkjahraun can be found off the Snæfellsness Peninsula, a little off the beaten track. As a result, make sure you’re careful when heading out to this lava field.

It is suggested that this incredible plain was formed after the eruption of four craters erupting in short intervals (the largest one first, ending with the smallest) around 3,500 - 4,000 years ago. With the lava fields' precise position, situated between mountains and the sea,  it means once it eventually cooled, this incredible scenery was formed.

It has since become an incredible mossy landscape, something we strongly suggest you find the time to see. You won’t regret it.

Iceland’s Geirlandshraun lava field is a truly incredible sight. With high walls and a narrow canyon coated in greenery, it follows the path of the river Fjaðrá before then leading you to the Fjaðrárgljúfur Canyon. This site is a very popular destination for hikers given the picturesque scenery you have on display.

The valley here is predicted to have been formed up to 9,000 years ago, caused by a glacier. These dates make it one of the older lava fields in Iceland, so make sure you visit for a piece of Iceland’s ancient history. 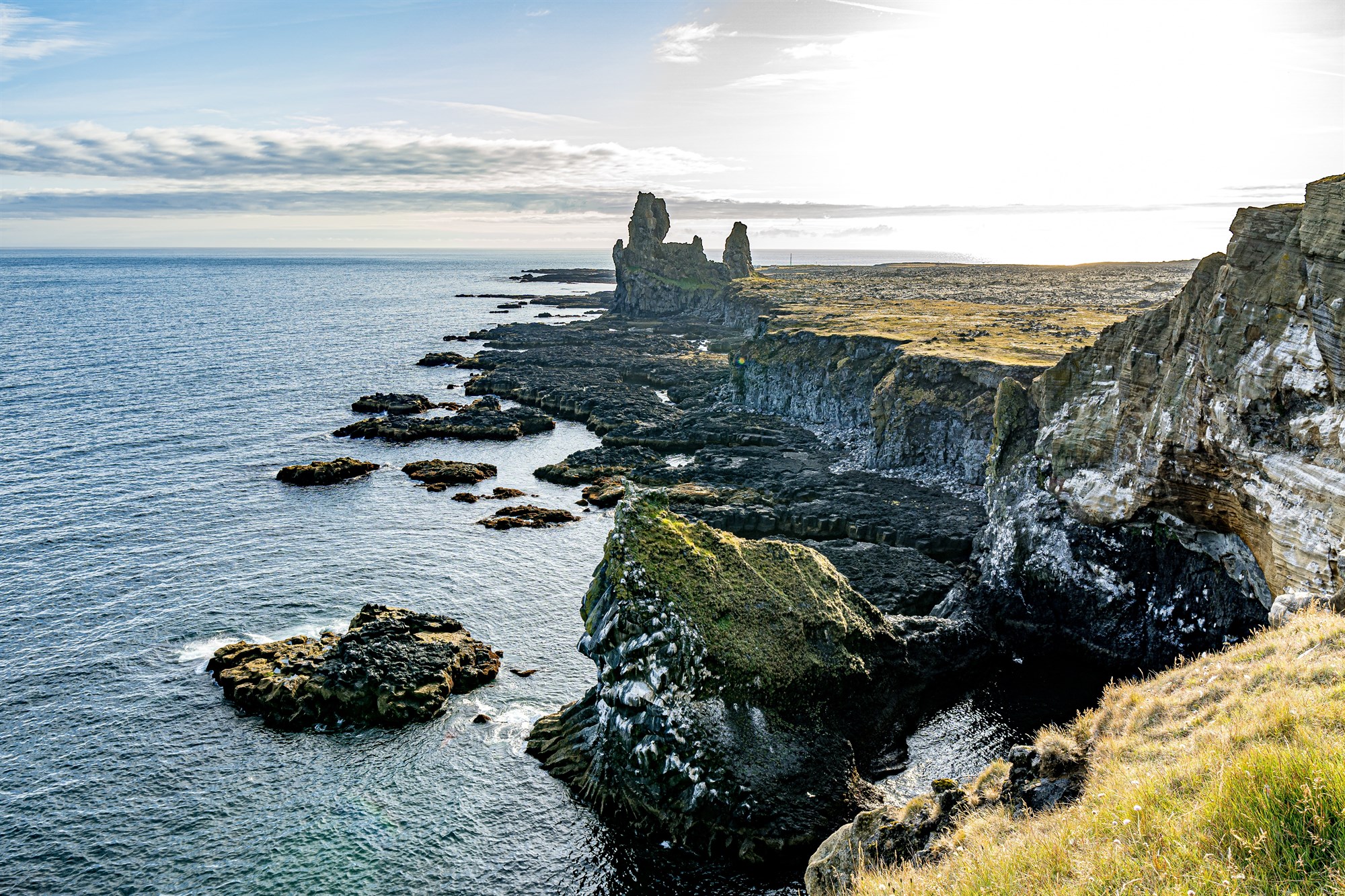 Londrangar is extremely well known around Iceland, most notably for rock formations around the area, including the basalt dykes that can be found on the cliffs - with the tallest reaching up to 75 meters in height. However, the sights don’t stop there, you can see a newer lava field that actually surrounds the area, combining the two to form an incredible volcanic hotspot for tourists.

Since the last eruption, the lava fields have been overcome with fuzzy moss, transforming what was once a hostile environment filled with scolding lava into a haven of greenery and natural wilderness.

If you have any questions about the type of car you’ll need for your Icelandic adventure, please don’t hesitate to get in touch with a member of our team. They’ll be more than happy to help with any queries you may have.