For geologists, Iceland Is a great source for research, as the country offers a huge variety of places to study. Here we have put a guide together of just some of Iceland’s amazing rock formations. Take a look to discover what they are.

Iceland is a geological wonderland, with a wealth of brilliant rock formations which are visited by thousands of tourists every year. For geologists, Iceland Is a great source for research, as the country offers a huge variety of places to study. Here we have put a guide together of just some of Iceland’s amazing rock formations. Take a look to discover what they are.

The Hvítserkur Sea Stack sits 50 metres offshore of the Vatnsnes peninsula in North-West Iceland. The stack reaches 15 metres high, and is an eroded volcanic dyke. The sea stack is well known for depicting an animal, most often referred to as a rhino or dinosaur, drinking from the water. Legend has it that Hvítserkur was once a troll that lived in the Westfjords, and wanted to tear down the bells at Þingeyraklaustur convent, as trolls were known to dislike the sound of church-bells. Thankfully, the troll was caught by the first rays of sun in the morning, and then was turned to stone. 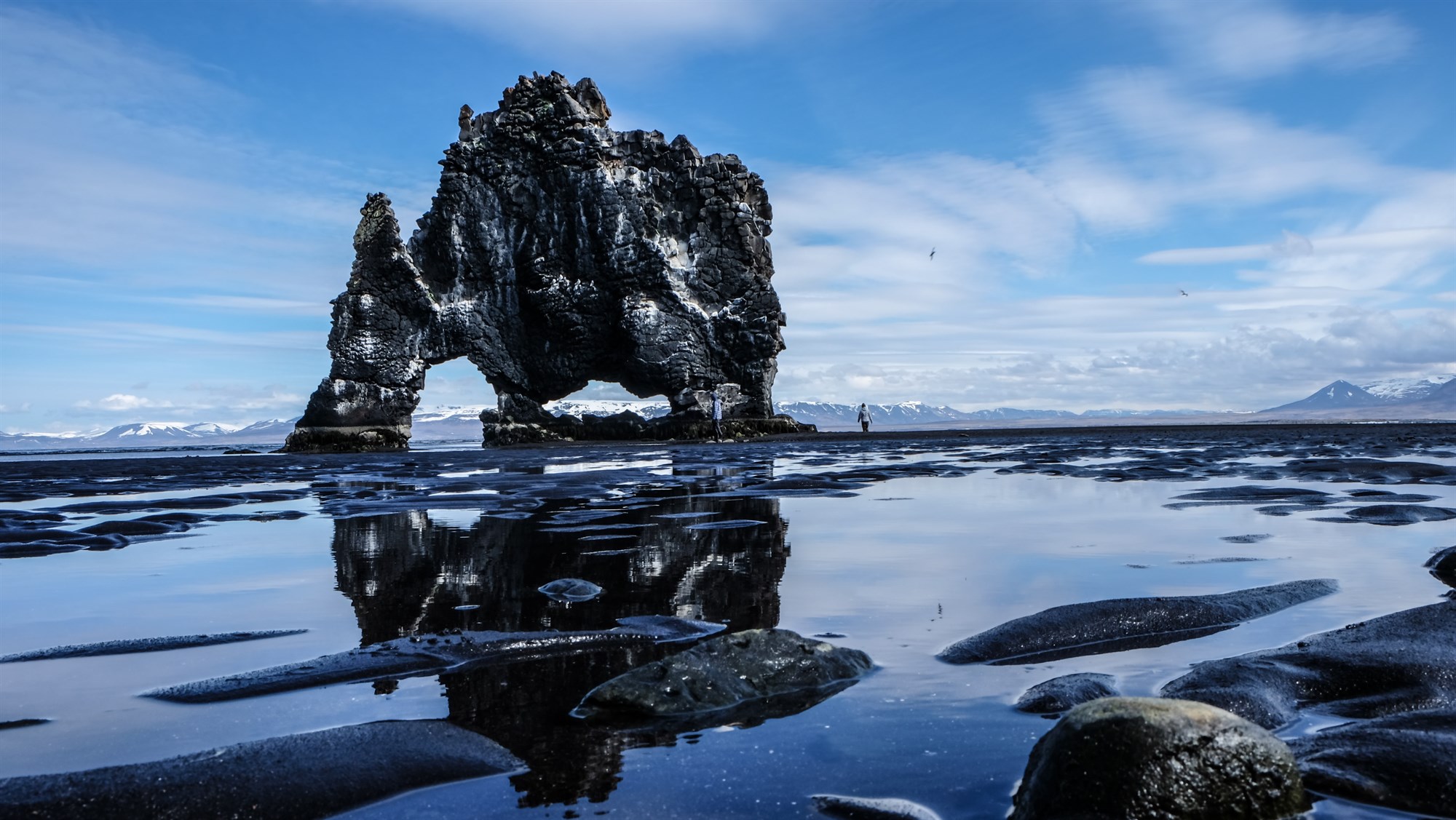 Stuðlagil is a canyon comprised of magnificent basalt columns, and sits at Jökuldalur valley in North East Iceland. The cliff formation is often described as cathedral-like, with tall vertical columns reaching high into the sky. The basalt columns are surrounded by a bright turquoise river, which is truly breathtaking. Stuðlagil is a hotspot for photographers looking to upgrade their portfolio. 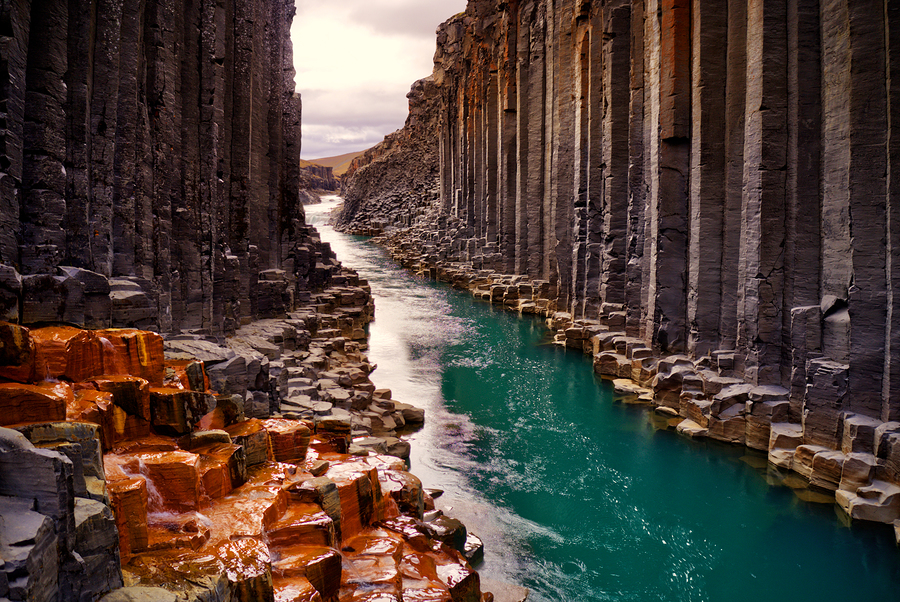 The Elephant Rock is a natural rock formation in the Westman Islands archipelago. Sitting roughly 7.4km off the coast of Southern Iceland, the rock can be visited by those who rent a car or take a tour of the Westman Islands tour. Elephant rock is infamous for its distinctive appearance, resembling an elephant’s head with its trunk submerged in the water. The rock itself is believed to have been formed during an eruption of Mt. Eldfell.

Well known for the breathtaking beauty of its waterfalls, Iceland has one in particular that amazes its many visitors. Svartifoss waterfall is located in Skaftafell, in Vatnajökull National Park. The waterfall is surrounded by distinctive black basalt columns, which appear as though they are precariously hanging. Some of the basalt columns have broken off and fallen, creating long shards of rock above. 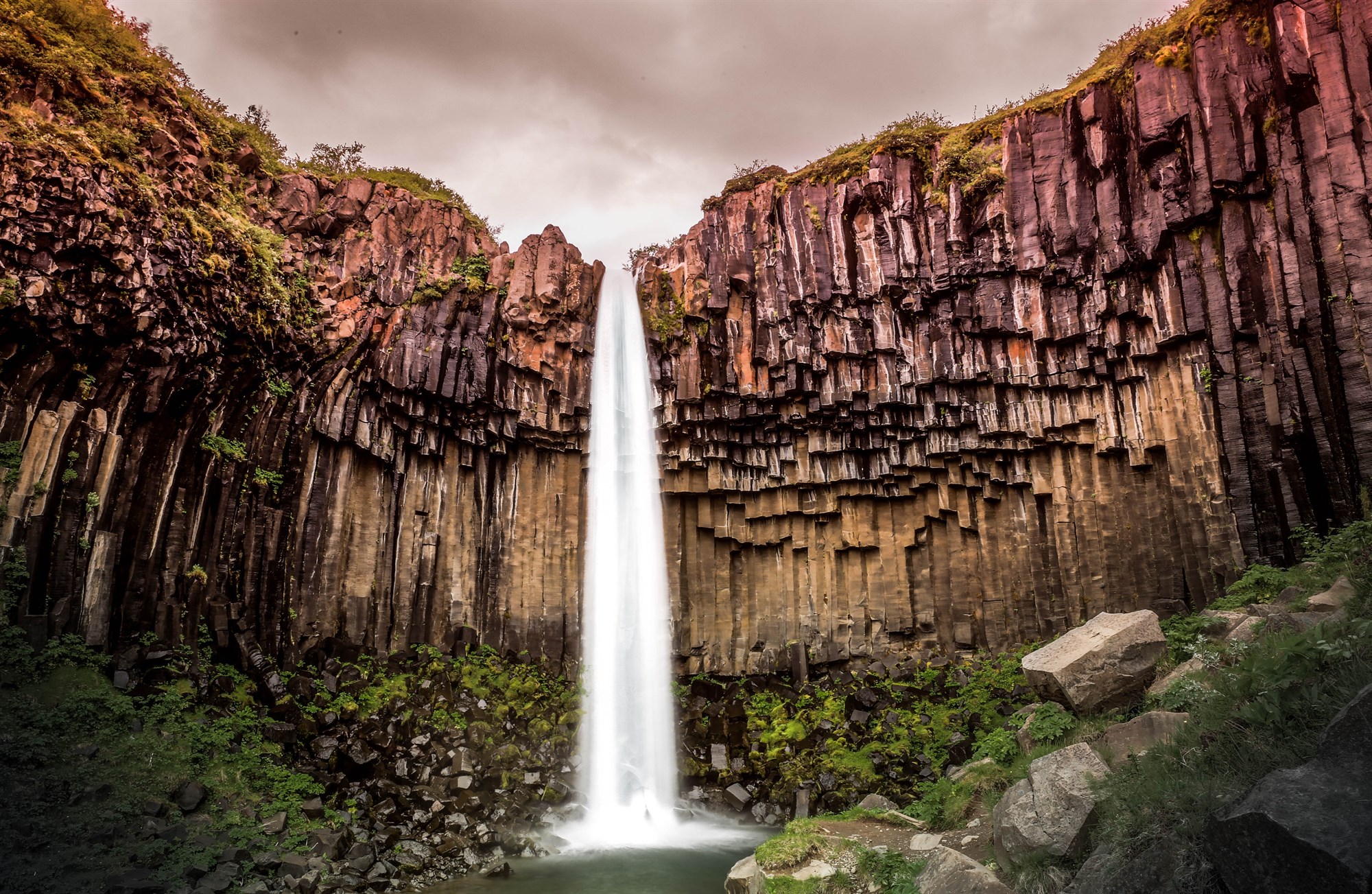 Dyrhólaey is roughly 174 km from Reykjavík, not far away from the sea village of Vik. The most recognisable attraction in the Dyrhólaey peninsula is its rock sea arch, which has been formed as a result of erosion.This natural rock formation is so large, that once a daredevil pilot flew through it in 1993. 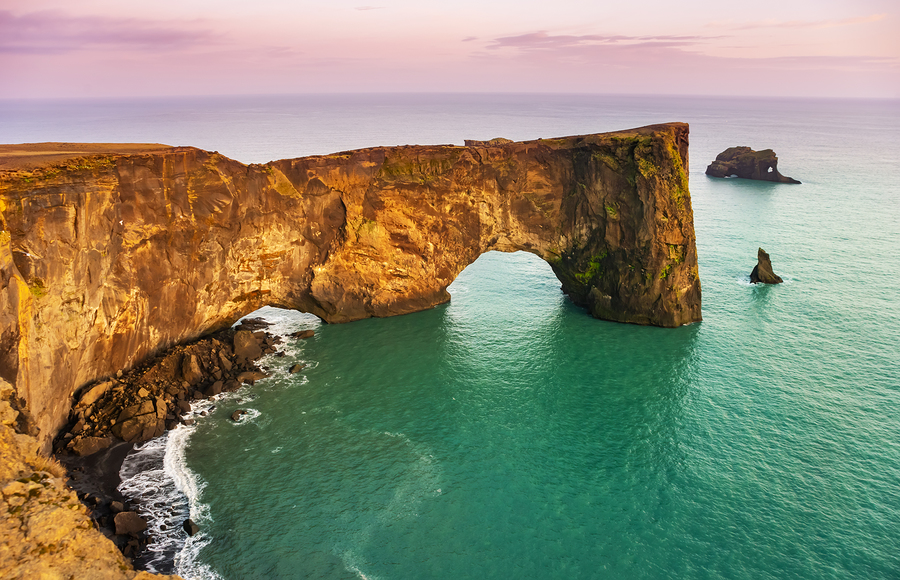 Reynisdrangar are distinctive basalt sea stacks, sitting under the Reynisfjall mountain near Vik. Legend has it that the stacks were originally two trolls, who dragged a three-masted ship to land unsuccessfully and were turned to stone when daylight rose. If you plan on visiting Reynisdrangar, be sure to stay at least 30 metres away from the waters edge, as the water there is of great strength. As always, it is most important to stay safe! 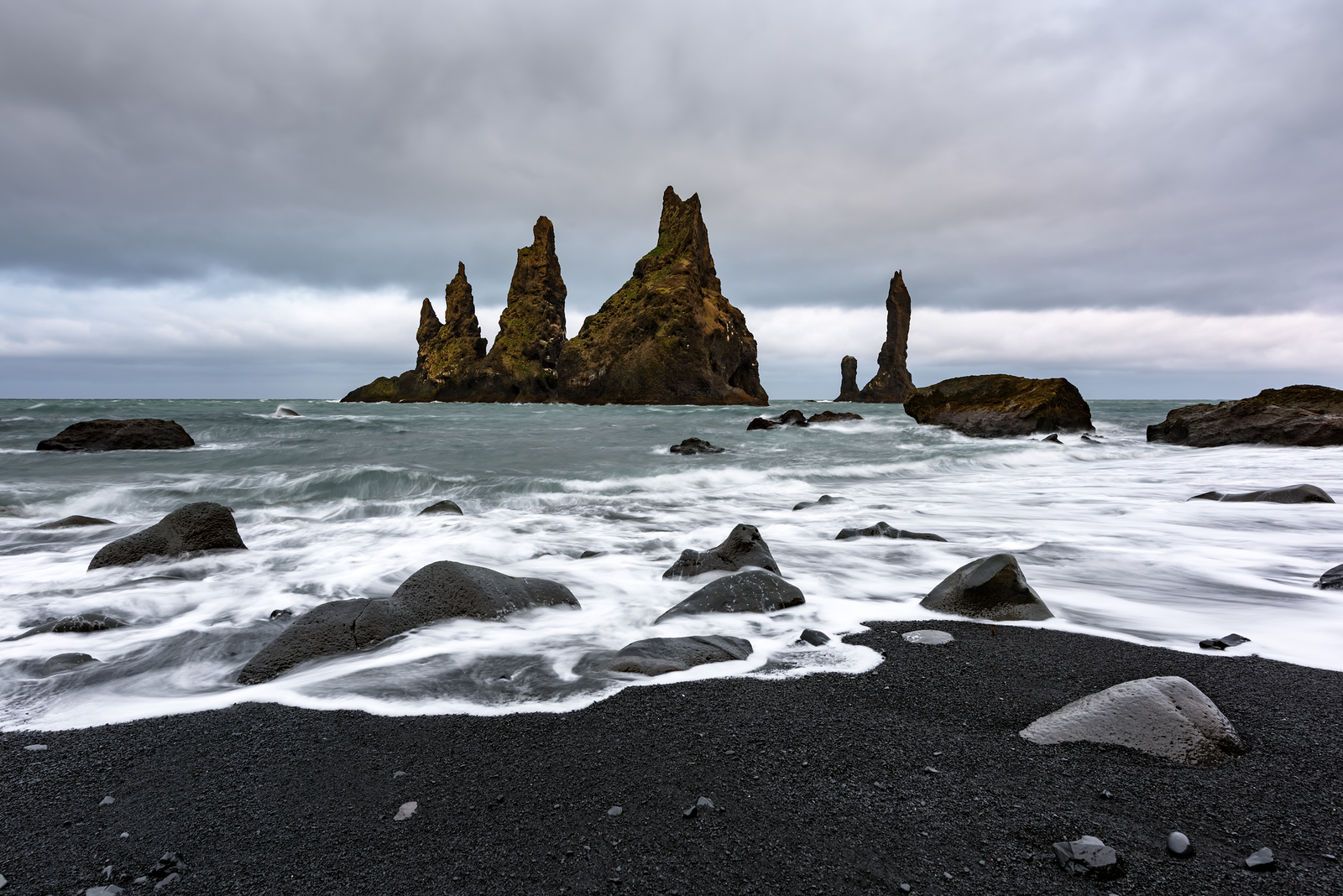