Looking forward to visiting Iceland’s geysers? These incredible phenomena are not to be missed in the land of ice and fire. Read our ultimate guide now.

Iceland is a veritable hotbed for volcanic and geothermal activity. As a result, the island has more than a few geysers and hot springs on display, as well as volcanoes and lava fields. Today, you can find roughly 30 active geysers in Iceland, as well as nearly 40 other geyser-like water features. If you’re eager to know more about this unusual phenomenon and where to see the best geysers in Iceland, read on!

To put it simply, a geyser is a super-loaded hot spring. Geysers are rare, and they are essentially hot springs that are continually under volcanic pressure. When this pressure builds up enough, the geyser erupts, which sends a rush of steam and hot water high into the air.

How do geysers work?

The magic of a geyser cannot be seen, because everything is taking place beneath the surface of the earth. Below the erupting hot spring that you can see, there is a deep hole in the ground. This hole is filled with water, and near the bottom is a layer of magma. This magma heats the water, which creates pressure when the water begins to boil. As the heat builds, so does the pressure, and eventually, we see the brilliant eruption of water and steam above the surface. 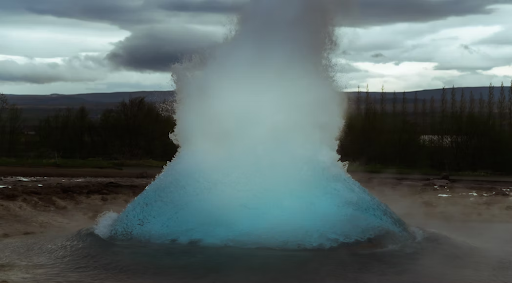 It would be impossible for you to visit each of Iceland’s geysers on your visit, so we’ve rounded up a handful of the best ones you can see. If you want to make a bit of a geological trip, why not hire a car and map your own geyser route? 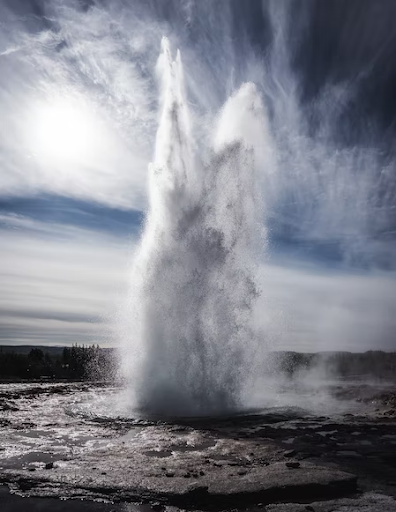 No geyser list of Iceland would be complete without Strokkur. Located along the Golden Circle in southern Iceland, this is the country’s most visited geyser. Strokkur is a real crowd-pleaser, shooting off impressive arcs of water 100ft into the air many times each hour.

Strokkur is located in the Geysir Hot Spring Area, which is a very active volcanic area with lots of hot springs and more than one geyser. The original most-popular geyser, Geysir, is located near Strokkur, but unfortunately, it’s less impressive and very rarely active now, so Strokkur has stolen the show.

However, it’s worth noting that the word geyser comes from the name of Geysir, the original! Geysir may be pretty much dormant now, but back in its heyday, it was a sight to behold: its record eruption was nearly 560 feet high!

If you want to learn more about geysers, you can visit the nearby Geysir Centre where you can see presentations, demonstrations and more. 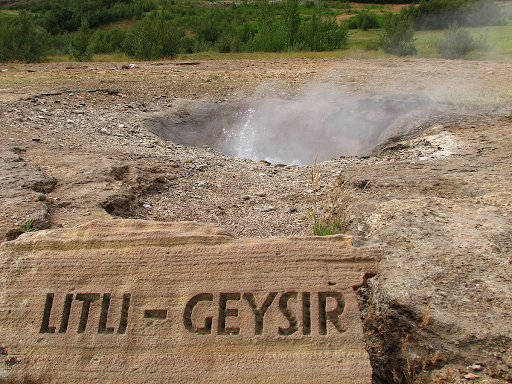 If you’re a fan of all things miniature and adorable, you’ll want to visit this baby geyser when you are in the Geysir Hot Spring Area. Litli Geysir actually directly translates to “small geyser,” which is just about the cutest geothermal thing ever. Now, don’t expect impressive eruptions - this little guy tends to bubble away continuously, though once it did give off a proper eruption! You can find this mini geyser just near Strokkur, so don’t miss it.