Why You Should Add Hvitserkur To Your Iceland Itinerary

Hvítserkur is a 15m tall sea stack surrounded by folklore, geology and birdlife. Find out why you should add Hvítserkur to your Iceland itinerary.

Hvítserkur is a sea stack that stands out from Húnaflói Bay on the Vatnsnes peninsula in North-West Iceland. The impressive stack of basalt rock stands 15 metres tall and is in shallow waters, approximately 50 metres offshore. The rock often appears to be alive with the fulmar and seagulls that nest there and is a huge attraction to visitors due to its unusual, animal-like shape. Here’s why you should add Hvítserkur to your Iceland itinerary.

Folklore refers to Hvítserkur as a troll and tells tales of its rage-filled attempt to rip down the bells from a local convent, during which it was turned to stone for eternity by the rays of the rising sun. This story likely originates from the conversion of Iceland to Christianity in 1000 AD and the people that were reluctant to convert from paganism.

The scientific community suggests that the rock was originally the plug of a volcano, which has since hardened and been eroded by seawater, causing the holes and shapes that can be seen today.

The basalt structure is fairly thin and has weakened over time. To protect the foundations of the stack from further erosion by the seawater, the base has been reinforced with concrete ‘legs’.  So now you know why Hvitskerkur stands to the south of the country, but why should you visit? 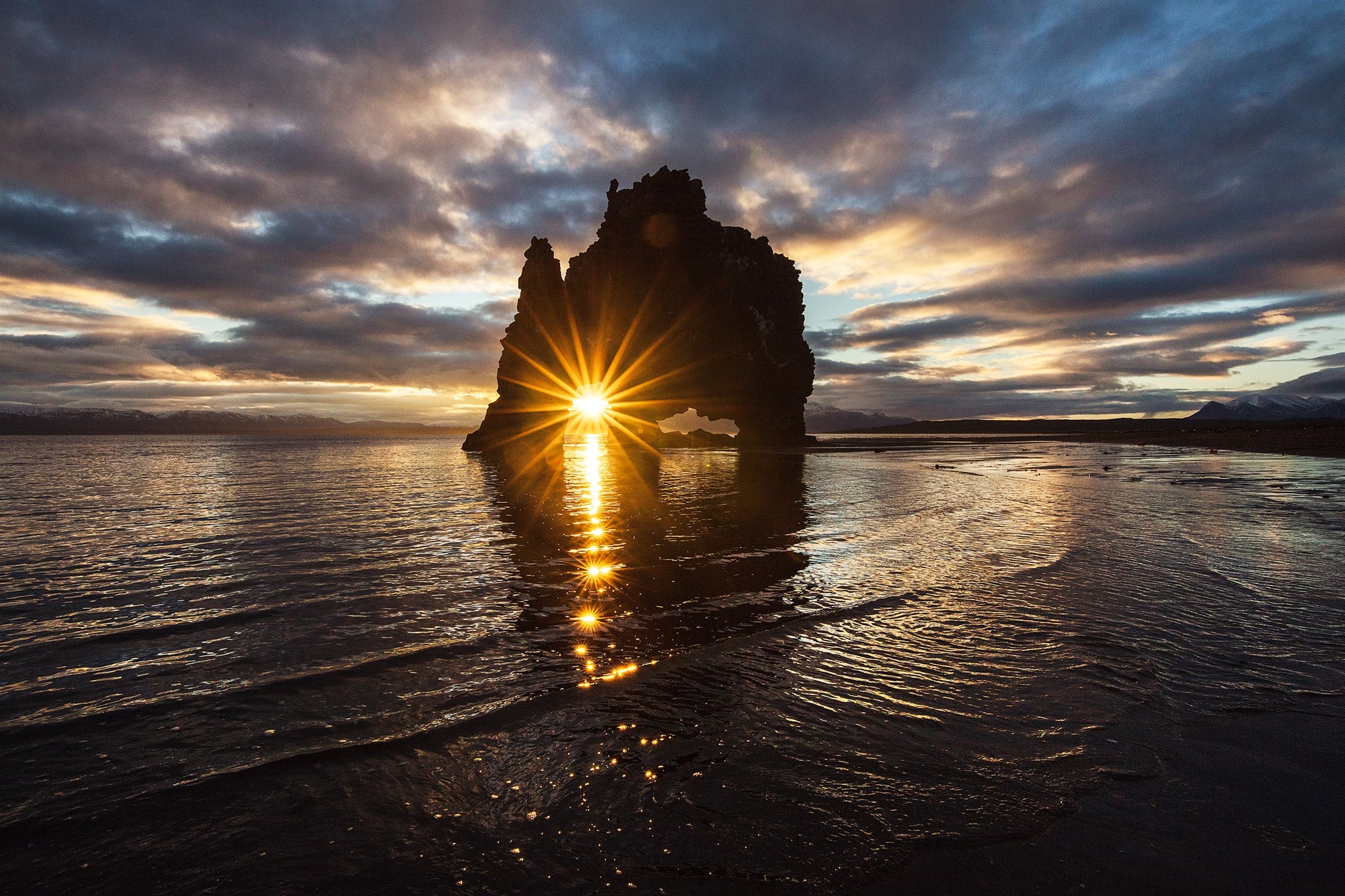 1. The Northern Lights at Hvítserkur

The Northern Lights can often be seen flickering and floating above Hvítserkur, a unique show which is nothing short of mesmerising. The best time to see the Northern Lights is between October and mid-April, but it is important to remember that catching this phenomenon is never guaranteed.

Whilst visiting Hvítserkur, there are several activities that you can plan nearby. One of which is the Kolugljúfur canyon. The Kolugljúfur canyon is home to the breathtaking Kolufossar waterfalls. You’ll need to park up and take a short walk to experience the waterfalls from the observation platforms or crossing bridge.

Hvítserkur is known to be one of the best places to spot seals in the country. There are many great locations in the area including the beach of Sigríðarstaðir and the town of Hvammstangi, where you will also find the Icelandic Seal Centre. You may also see jellyfish along the shore.

Hrútey Island is located in Blönduós town, accessed via a pedestrian bridge. The island offers an abundance of plant and bird life and is a great place to stop for a walk and a picnic. 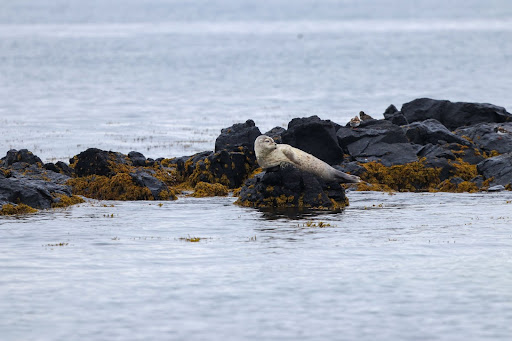 How to get to Hvítserkur

Hvítserkur is located approximately 138 miles from Reykjavik and is easy to access by car.  Simply take the ring road from the capital city to Hvammstangi, where you need to turn on to the F711. The F711 is a gravel road, which means extra caution should be taken when driving.  You can view the sea stack from the parking area and by heading down the steep trail to the beach.

If you are currently planning your Iceland itinerary and are looking to hire a car so that you can experience the attractions in comfort, we have a range of vehicles to suit your needs. If you have any questions about hiring a car and driving in Iceland, please get in touch.