7 Famous Icelandic Desserts You Need to Try During Your Visit

Icelandic people are known for having unique and distinctive local cuisines and dishes, such as fermented shark and puffin, but they also have a number of famous desserts.

Icelandic people are known for having unique and distinctive local cuisines and dishes, such as fermented shark and puffin, but they also have a number of famous desserts. Undoubtedly the most famous Icelandic dessert product is Skyr which can be found in supermarkets worldwide and is most likened to a yoghurt. It is slightly different to standard yoghurt however and there are several varieties available in Iceland, such as drinkable, fruit flavoured and creamed Skyr. But this is not the only local dessert that you will find in Iceland as there are many more, we talk you through our list of 7 famous Icelandic desserts you need to try during your visit.

This is one of the first things that people think of when they talk about Icelandic desserts and is commonly associated with yoghurts. It is however slightly different from yoghurts or curds and has a distinctive taste compared to other yoghurts. The famous dessert is available worldwide in supermarkets and convenience stores and goes perfectly with fruit and berries.

Although this is technically not a dessert in its own right, it has to get a mention on this list as it even has its own day in Iceland! Saturday is often referred to as nammidagur or nammi day, as there is 50% off in the popular store Hagkaup, a popular retailer. Nammi is actually pick n’ mix which is also popular elsewhere in Europe and features a range of confectionery and sweets you choose yourself. It is also popular as Nammi+Ís, which is pick n’ mix served with ice cream. 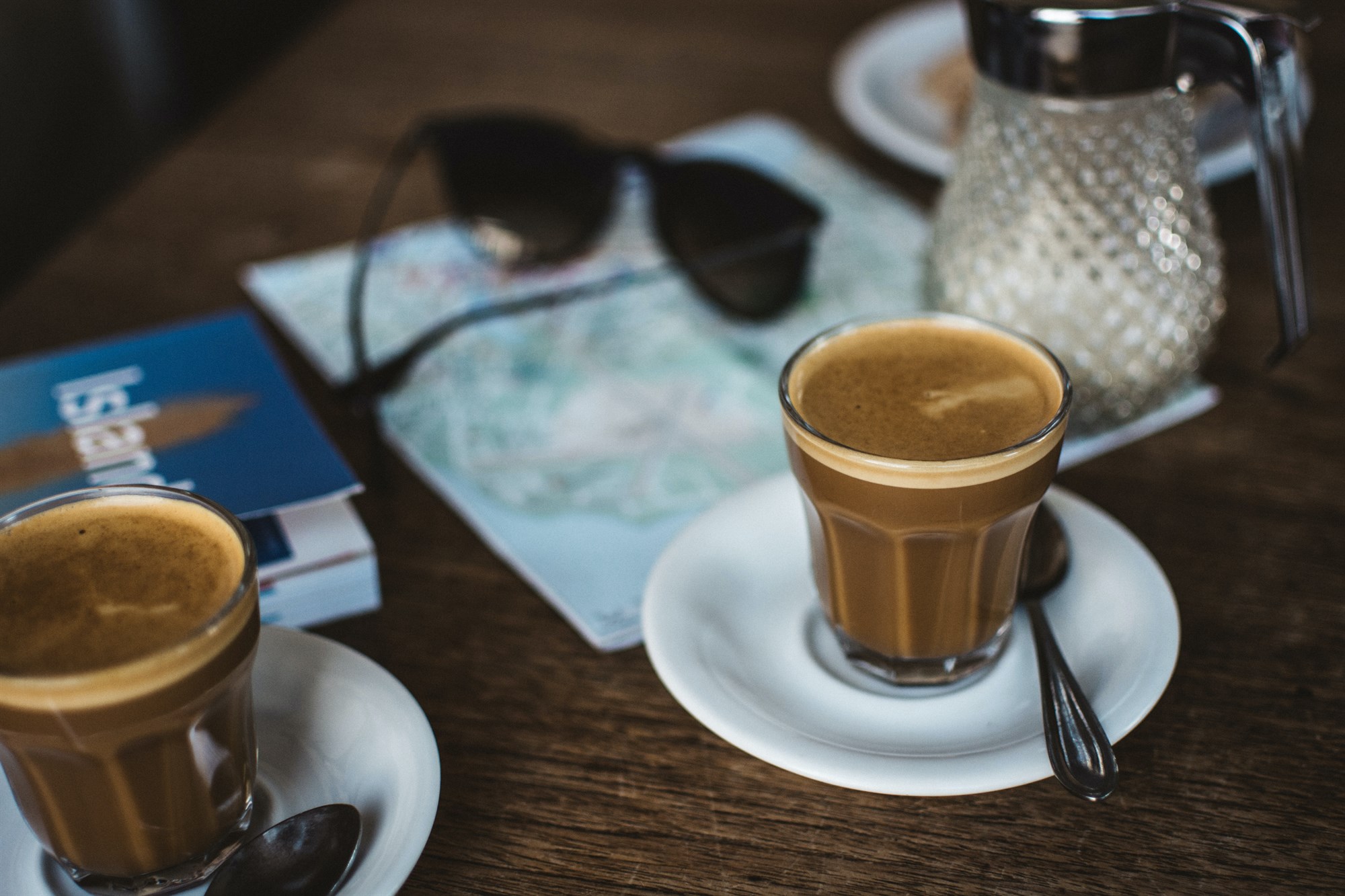 This sweet dough treat is thought to have been eaten in Iceland for over two centuries and you can find variations in many Nordic countries. Kleina are sweet fried dough treats that are rolled and often eaten with coffee. Before being fried the dough is cut into trapezoidal shapes using a special tool and traditionally fried in tallow (a rendered beef fat). However, they are now mostly made using vegetable oil instead.

This dessert roughly translates to “wedded bliss” and is a delicious baked treat that is often consumed as an individual tart, but sometimes as a larger pie. The buttery pastry is filled with a fruit paste that is thicker than jam with the pastry laid in lattice form over the top of the filling. It gets its name from the fact that it marries the blueberry paste with the sweet buttery pastry for the perfect dessert treat.

Blueberries are common in Iceland as the countryside is abundant with blueberries in the summer, particularly in the Westfjords. You will find a number of blueberry picking experiences in Iceland as it is often difficult to harvest them all. For this reason, blueberries often feature in a range of desserts just like the above. But it is also popular to have blueberries with cream, much like you might expect strawberries and cream in England at Wimbledon.

One of the favourite desserts with locals is this delicious single-layer chocolate cake that is covered with a chocolate glaze and sprinkled with ground coconut. It is often likened to the Icelandic equivalent of a brownie. It is also a unique dessert as every family has their own version of the dessert so you can often get many different variations. It usually involves cocoa powder, butter, flour and milk but people also add other ingredients to the mix. It is commonly accepted amongst Icelanders that every Skúffukaka tastes different, which is more of a reason to try several different variations.

Traditionally, this dessert was only made and served at Christmas but it became such a popular and well-loved treat that it can now be found all year round. It is a sponge cake that is made with buttermilk, sugar, milk, flour, eggs and raisings. You can also often find a variation on this dessert which is known as Vinarterta. This is a very similar dessert but the cake is instead layered rather than being a solid slice.

There are plenty more desserts and sweet treats in Iceland but these are some of the most popular and famous Icelandic desserts. It is also true that ís or ice cream is also hugely popular in Iceland too and people will often order this in large litre sized tubs as opposed to the traditional cone. You will find both the soft-serve style ice cream, as well as Italian gelato style in Iceland. Whatever your taste, make sure you try some of these delicious local desserts. For more Icelandic traditions and insights into Icelandic culture, check out our Iceland blog.